"Regarding figurative art, abstract is a new birth on the modern mind’s evolution. Without any formal connection with the former arts, it is the torch that changes hands." Gérard Schneider, Notes sur la peinture, s.d.

At the beginning of the 1950s, Gérard Schneider with Pierre Soulages, Geroges Mathieu and Hans Hartung contribute in creating a new form of expression: the lyrical abstraction. Artvera’s exhibits around forty oil paintings and works on paper, most of them never seen before.

In 1955, Herta Wescher, art critic, describes his works as follows:  "Powerful, controlled painting to the extent that at every step of completion the entire design is asserted, surprising, because the final state continuously retains the virulence of the creative act. Acting as a vehement improvisation, this painting hides the most conscientious arrangement of elements, the most severe control of relations. Based on colour, it starts, however, with linear motifves, but the line has evolved into broad two-hand wide brushstrokes. Obviously, such writing outgrows small frames, and it is by filling larger frames that it brings us the assertion of its sovereign force…". 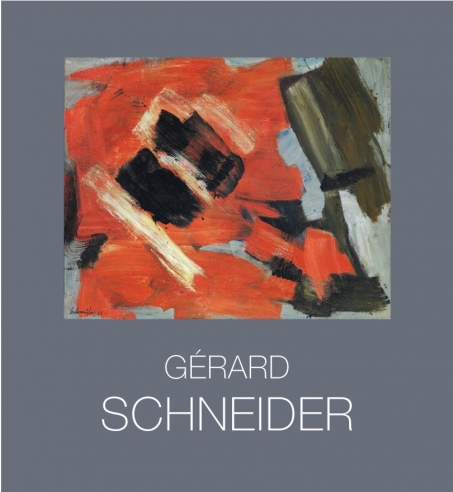