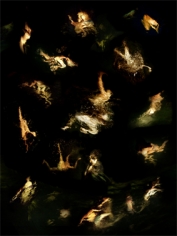 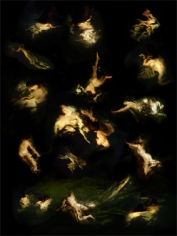 Born in 1963, he lives and works in Paris. Frank Perrin has photographed the famous Cinecittà studios in Rome where historical films such as Ben-Hur or Cleopatra were shot. These legendary film locations where, amongst others, Federico Fellini as well as Martin Scorsese filmed, have today become ghost towns. Perrin's panoramic views show the remains of decors from the different eras: Roman columns and temples, Renaissance facades next to a gigantic scaffolding, then one of today's modern plastic chairs. In this cinematographic archaeology, reality and fiction overlap each other in the ruins of a non-existent place. Yet the films, which were once made here, continue to live their lives and be seen on our screens.

The Dark Splash consists of astonishing overhead swimming pool photos, taken at night, of glittering bodies beneath the water. The verticality of the art work on the wall offers a surprising point of view. The swimmers turn into colored spots and dissolve in splashes. Far from the earth's gravity, the figures are caught in an aquatic movement of rising and falling. The play between brightness and darkness, as well as the saturated colours, evoke the great Baroque ceiling paintings. 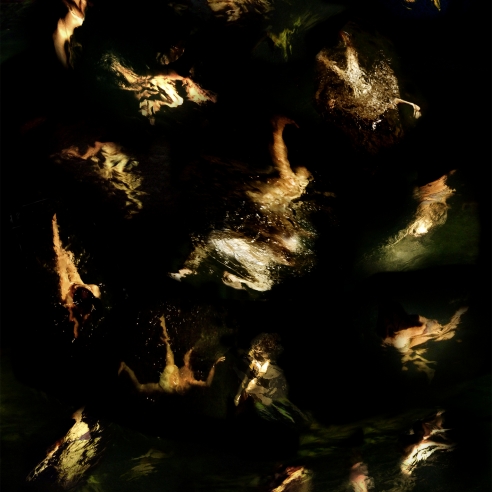 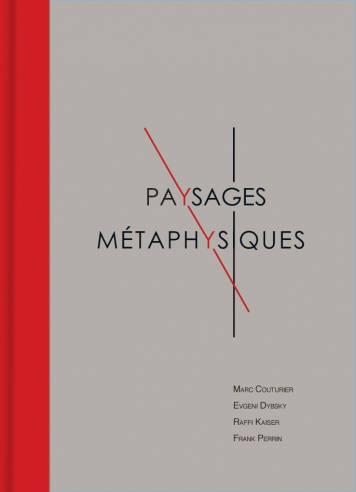